13 Quirky (And Surprising!) Facts About The Aloha State You Probably Didn’t Know

Hawaii – the land of never-ending Aloha’s, cowabunga dudes, fragrant lei’s and hips that can hula for days.

That’s usually what comes to mind when I think of Hawaii.

Struck by the curiosity cat, I decided to learn more about these gorgeous islands.

The results? Interesting and somewhat surprising.

Here are 13 quirky facts I learned about Hawaii. I still can’t wrap my head around #8…

1. The Hawaiian alphabet only has 12 letters. Talk about efficient! There’s a total of 7 consonants (H, K, L, M, N, P and W) and 5 vowels. Now I understand why I have a hell of time pronouncing almost every single Hawaiian word – they’re almost all the same!

Oh yeah, and there’s also one symbol in their language. It looks like a fancy, reversed apostrophe and it’s called the ‘okina (‘). NOTE how the word ‘okina starts with an ‘okina. Quirky, right?

It also has a symbol called ‘okina (‘), which, funny enough, begins with an okina. Also, every word in the Hawaiian language ends with one of five vowels.

2. Mauna Loa’s (one of the tallest volcanos on the island) hardened lava surface resembles the surface of the moon. Where better to train astronauts in the 1960’s for landing on the moon for the first time than the Aloha State or stimulating a Mars space station?

3. The first surf boards (invented by Polynesians who settled in Hawaii) were approximately 20 feet long and weighed a whopping 150 pounds each. Yowza! Catching waves on the new, sleek boards is hard enough. I can’t imagine trying to surf with a 150 pound board. Sounds like a good floating suntanning concoction to me.

4. Hawai’i is the island that keeps on getting bigger… by more than 42 acres every year. You read that right. The Big Island is home to Kīlauea, an active volcano that’s been erupting for 30 years. There’s no reclaimed land here. Take that Hong Kong!

5. Hawaiian sand comes in black, white, yellow, red and green. I guess that’s why their shirts are so colourful – they need to match the sand.

6. By law, you can only have one alcoholic drink in front of you at a time. Booo. What kind of a law is that?

8. This next fact is going to make you question #7, but it’s true. I did my research! Hawaii is the state that consumes the most SPAM per capita. Even McDonald’s serves SPAM. They can’t get enough of it. Ever. So bizarre.

9. Kauai is the oldest of the main Hawaiian Islands – over six million years old – and their construction laws are legit. No building is allowed to be taller than a palm tree.

10. Did you know it snows in Hawaii? It’s true! Thankfully the three tallest volcanoes (Mauna Loa, Mauna Kea and Haleakala) are the only places in the state that they the fluffy white stuff.

11. Hawaii is the only US state with a tropical rain forest. (The guava’s in the rainforest are the most delicious thing I’ve ever tasted. So juicy and sweet!)

12. There are approx. 680 types of fish swimming around the islands. 200 of these fish are native to Hawaii and won’t be found anywhere else in the world.

13. Hawaii could takeover Manhattan… kind of. Haleakala (the world’s largest dormant volcano) has a crater that is 3,000 feet deep, 7.5 miles long and 2.5 miles wide. This crater is big enough to hold Manhattan! Say wwwhhhat?! 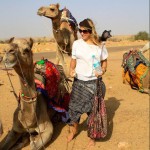 Leanne Kallal
A Gypsy Soul at heart, Leanne thrives off of exploring and connecting with new cultures, places and people. Her adventurous spirit has taken her around the world seeking out unconventional and amazing experiences. This Freedom Hacker spent years living overseas and is ready to fill her next passport!
Related Posts
Get The Freedom Hacker’s Guide To Adventure – Sign Up Now
Sign up now to get your FREE Freedom Hacker's Guide To Adventure and discover our behind-the-scenes travel tips, tricks and shortcuts to unforgettable earthly experiences. 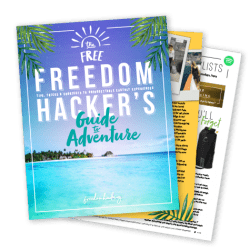 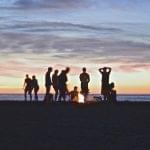 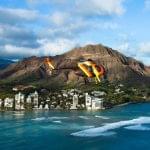